Maria Reyes has never seen herself as a “Maria” – that’s why she decided to name her business Jackie’s Transportation. “That’s my name since I was in the belly of my mom. My father chose a different name, but I’ve always called myself Jackie. As everyone knows me, they know me by my name.”

Ten years ago, Jackie’s neighbor, a single mom, needed transportation to day care for three little girls. To help, Jackie began driving her children and her neighbor’s children in her minivan. “After that – I went to different places and started putting up signs. I didn’t have any money at the time because I was broke. I used to go to all the banks and super markets and put flyers up. Two months later I bought my second van. In two months, I had 42 kids.”

Jackie still works with the kids with the same zeal as when she began. “It’s a beautiful job. I wake up every day at 5:30 AM and I do it happily.” Jackie is sensitive to the needs of the parents she serves. She prides herself on meeting each and every parent before she begins to drive their children, which eases their nerves. “That way, when they call, they know me. They know who’s transporting their kids. I help a lot of single women who need help driving and just the schedule that we need – we work it out.” Jackie’s personal touch makes all the difference to working parents in the community.

Three years ago, Jackie began formalizing her business. However, since many of her clients pay by check, it created difficulty with her business cash flow. Her banker at TD Bank identified the issue and advised her to work with Accion. She received a small loan from Accion to help her pay her bills and build her credit to access larger financing in the future. Most recently, she received a much larger loan from Accion, which was used to buy a new van. Currently, Jackie has seven full-time drivers and eight vans: seven for everyday use, and an extra for emergencies.

Jackie continues to grow the business, recently applying to Massachusetts Health so she can begin to transport elderly and disabled people to hospitals and doctors in the area. She plans to invest in making some of her vans handicapped accessible. Of her business, and her choices in her life thus far, Jackie smiled and said, “I would do the same thing again…don’t regret anything!” 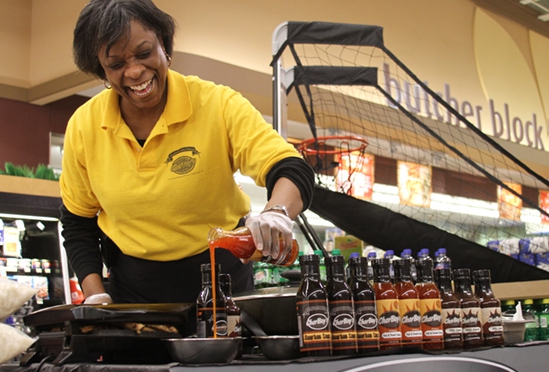 "At Accion, the loan process was straightforward. Now I have a whole line of sauces in 200 stores."